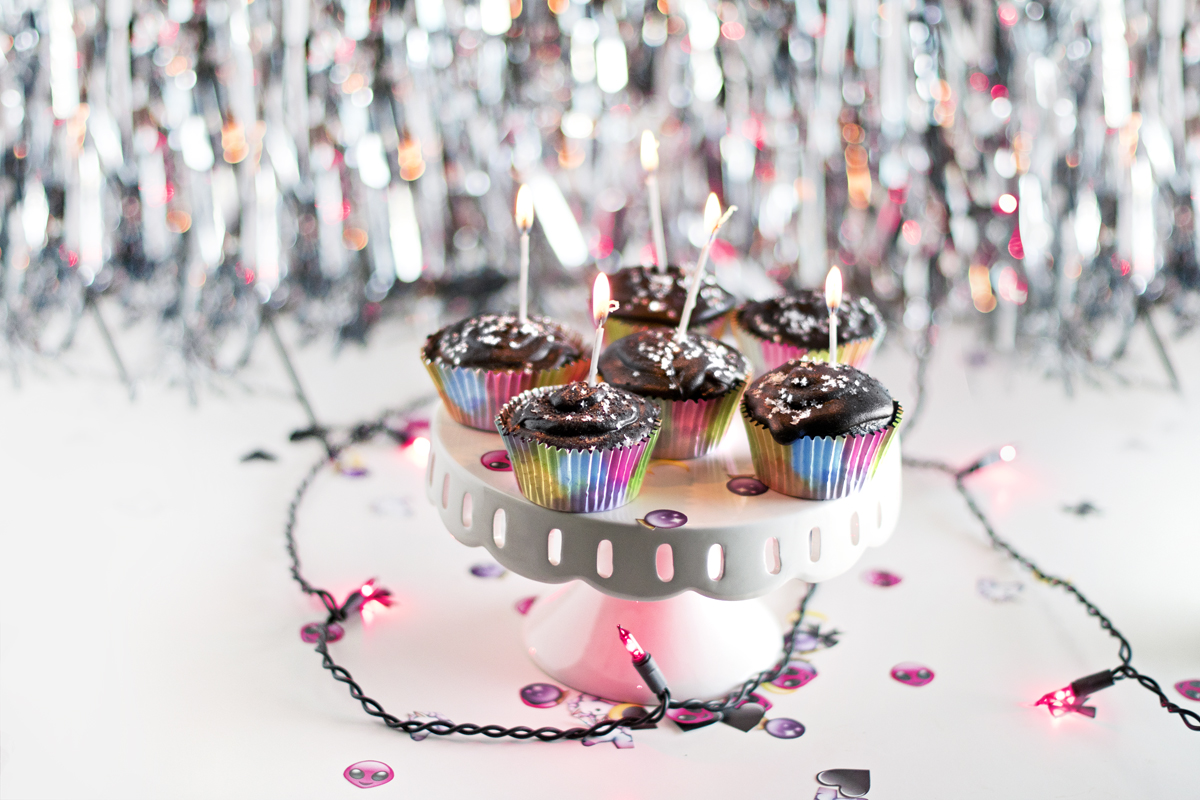 If you’re a reader, you already know my spiel. However, if you haven’t, check out Bianca from Mhm That Girl’s blog – an online Wonderland of fairytale friends, EDM and Rave – themed posts, and super cool DIYs. Follow her on FB and INSTA! Her stuff is definitely magical as f✨ck.

As in any collaboration, especially a birthday one, it’s a mix of two styles – we’d been planning this collab for a while, and wanted to make sure it perfectly captured the essence of our absolute favorite things. Bianca’s love of bright colors and anything fairytale perfectly contrasted my affinity for yes, the color black, and anything slightly (or fully) witchy. ? 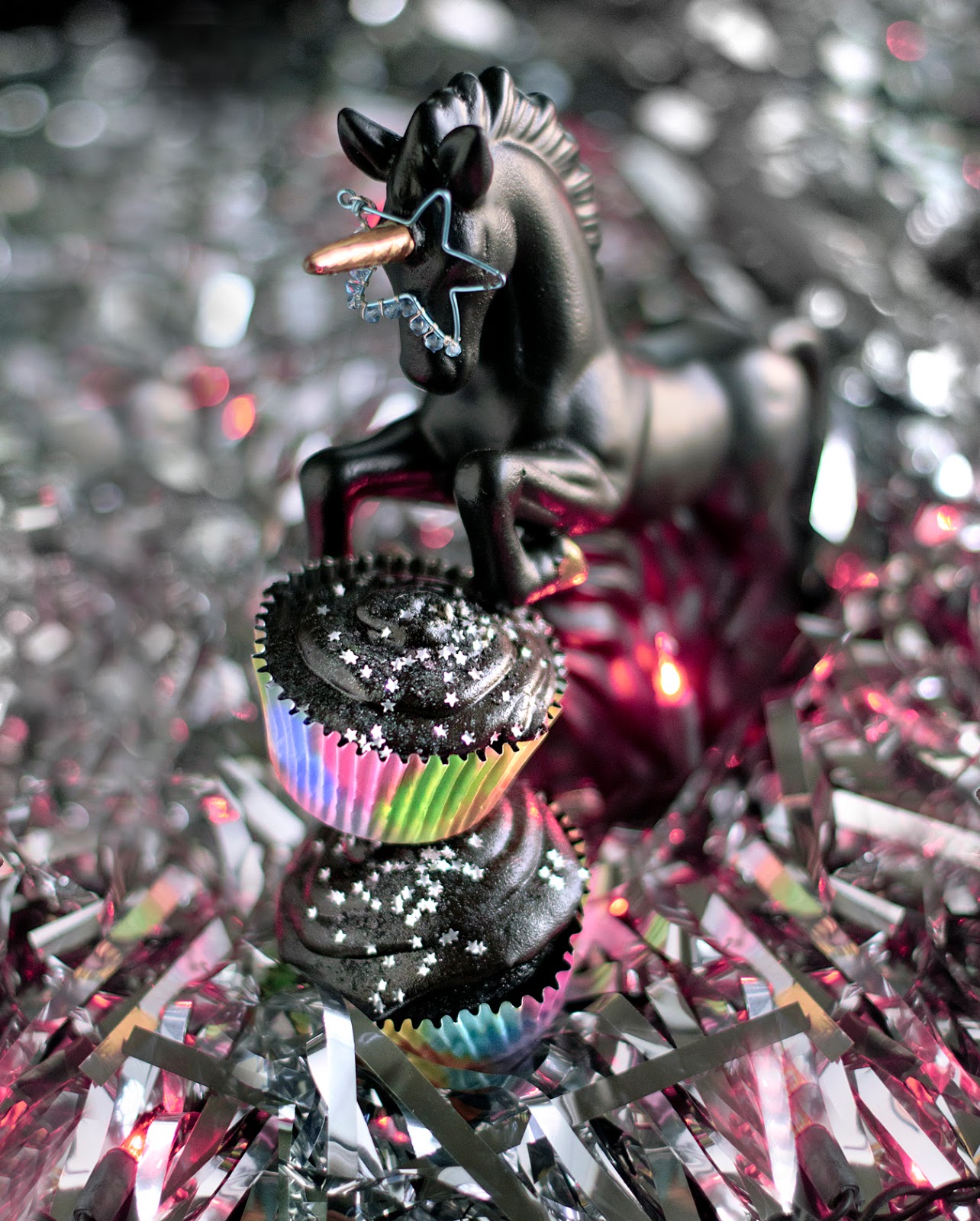 These cupcakes look totally spellbound – complete with edible glitter and fit for any Unicorn Queen, they were the perfect birthday treat for us to make. We took cues from the stars to create micro galaxies on the cakes! 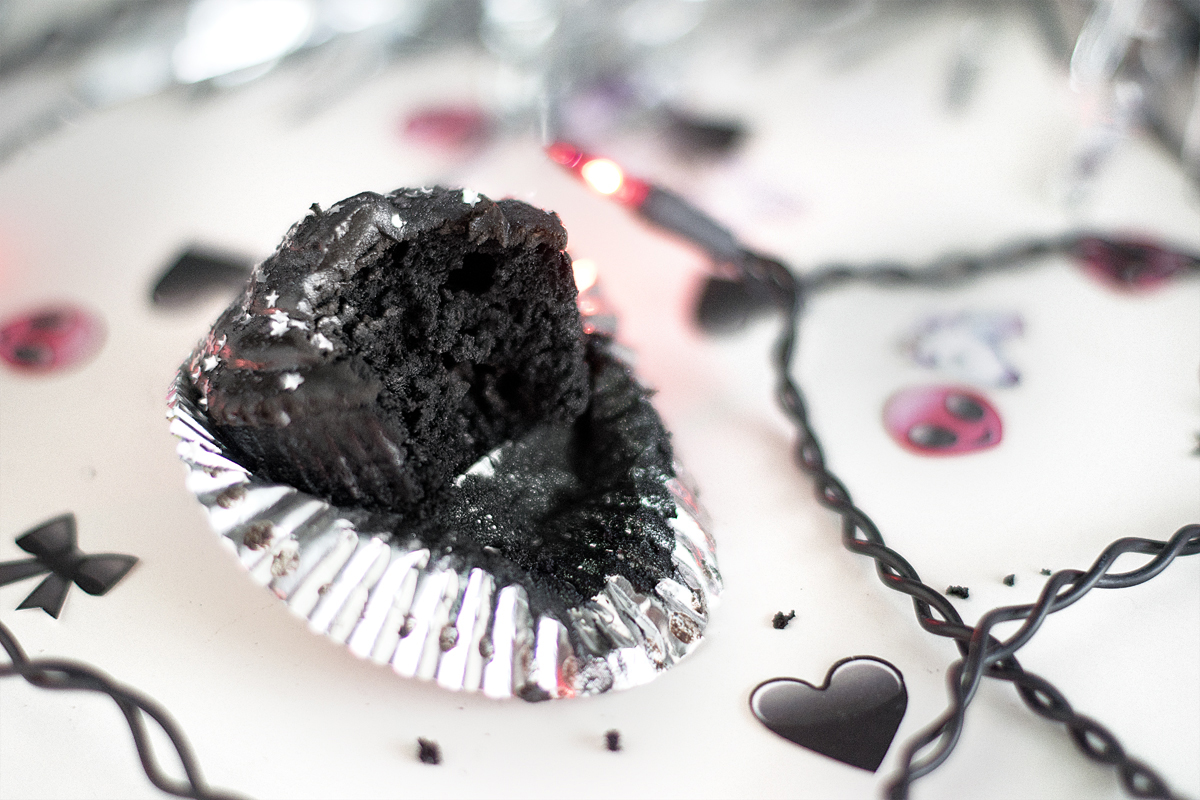 Look at these pretties! 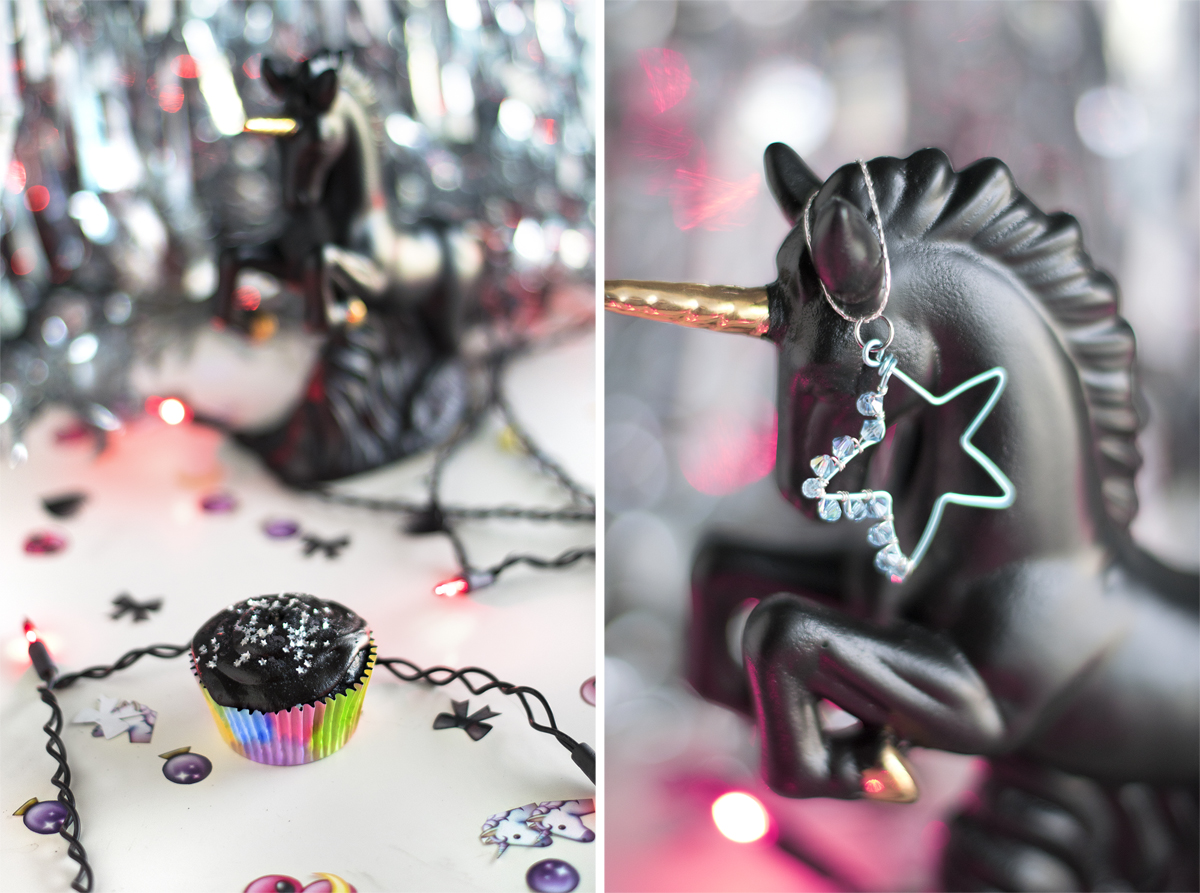 Read below to follow our cupcake-making journey. PLUS — I’ve included another DIY on how to make these shooting star pendants (seen on Mr. Unicorn above) which DOUBLE as cupcake toppers AND pendants!!! 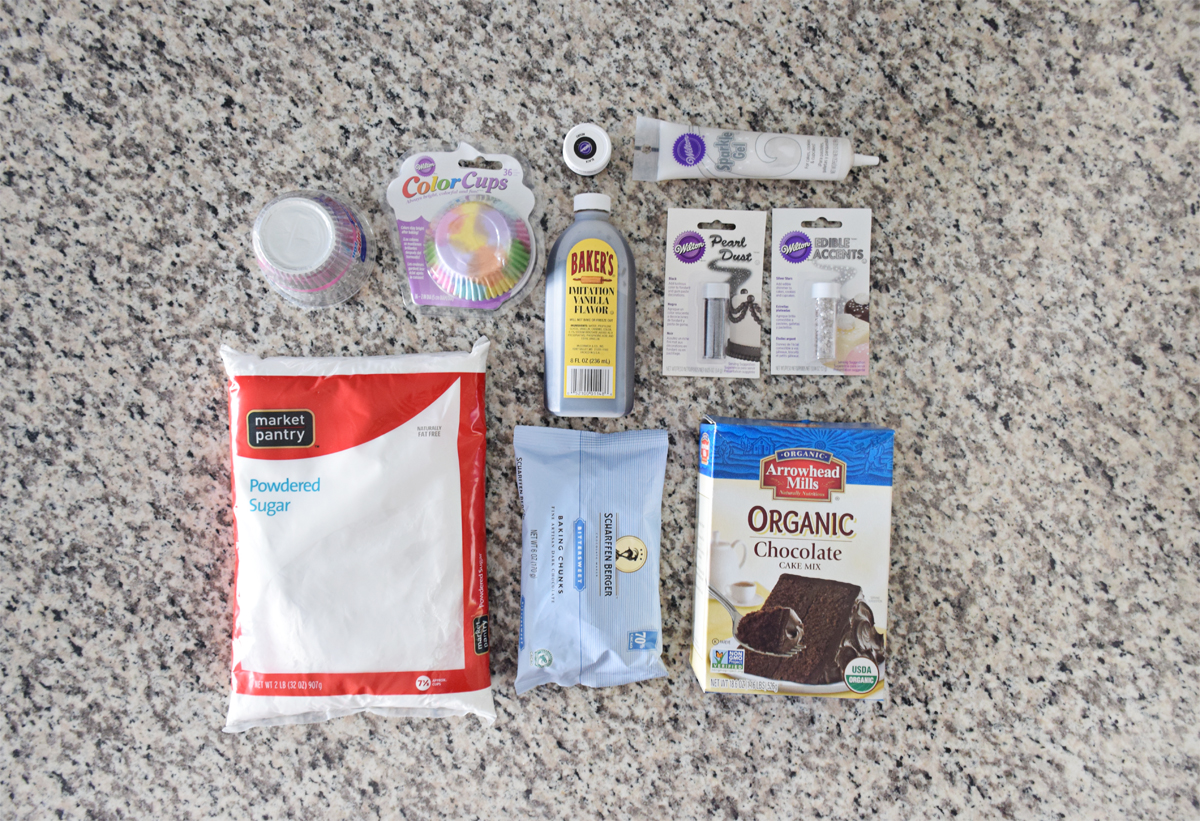 Step 1: Gather ingredients. Bianca is the baker in the bunch. I used to be better, but have gotten lazy about the cleaning, which deters me from honing the skill. We kept it somewhat easy peasy in this post, mixing some boxed items with a more DIY approach.

For the cake -we used boxed organic cake mix, vanilla, almond milk, vegan margarine, coconut milk yogurt and black food coloring (a lot of it-story coming soon). I can’t say these are absolutely vegan (the yogurt, although dairy free, has live cultures which classify it as non-vegan) so if you do want to make these absolutely positively vegan, use your favorite egg substitute.

For the icing — powdered sugar, vegan dark chocolate chunks, more margarine and vanilla. It made a chocolatey ganache-like coating, which we were surely not disappointed with. 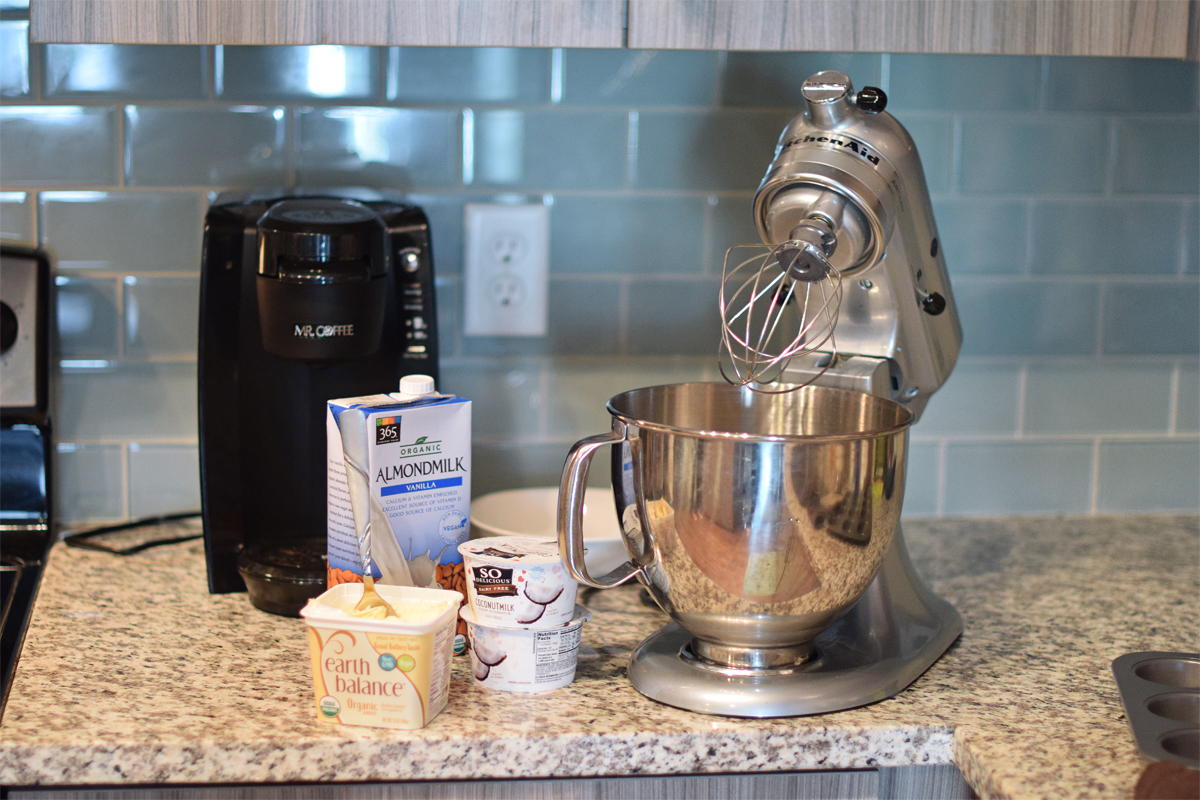 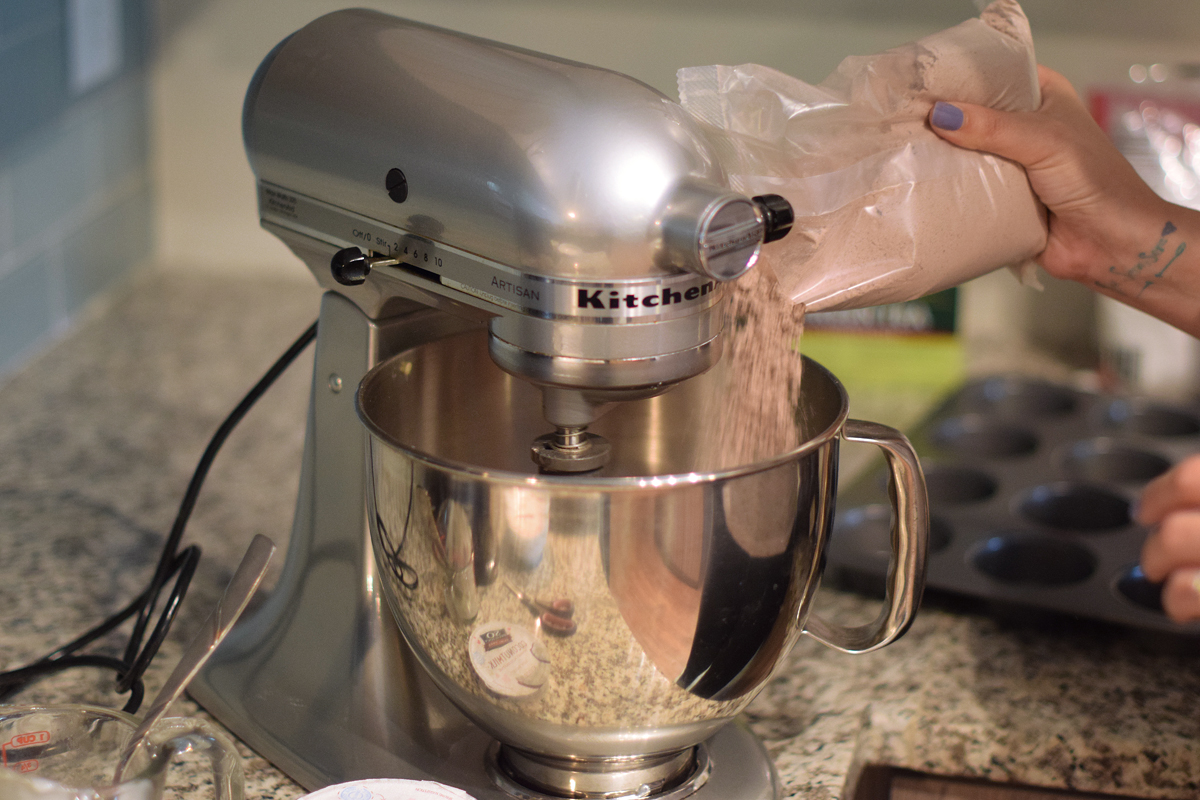 And the Kitchenaid (which I haven’t used in years) was resurrected for some mixing action. 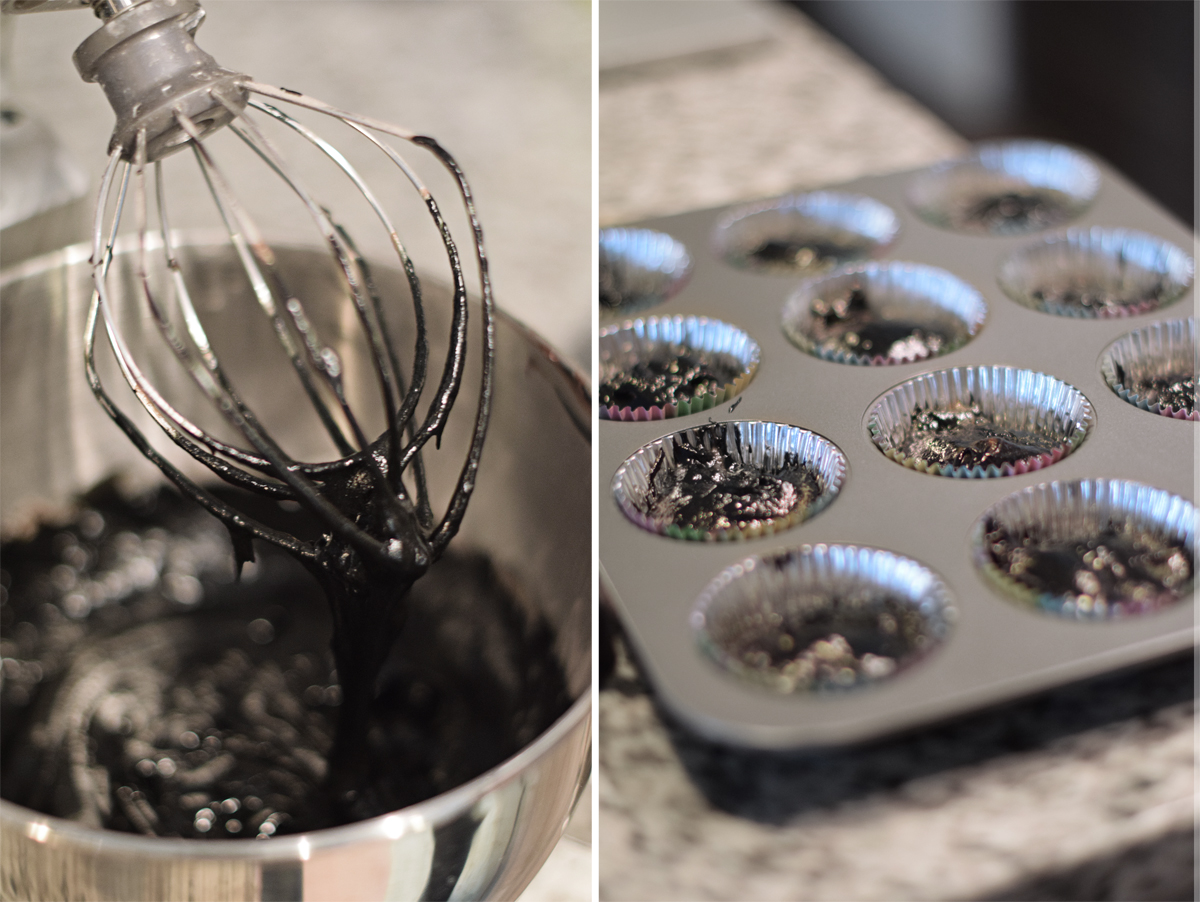 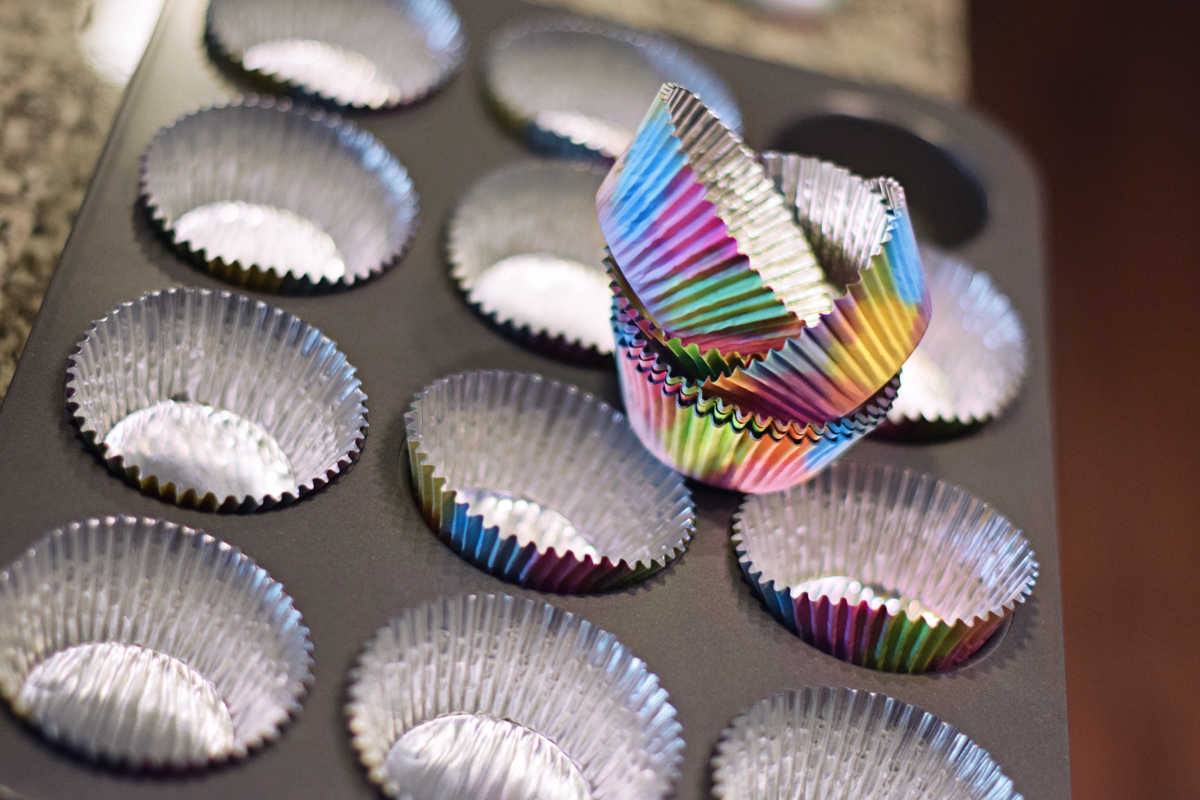 Watercolor cupcake liners (we got these at Michaels) offset the monochromatic cupcakes, adding that quintessential “Birthday” vibe. These cakes were off to baking. 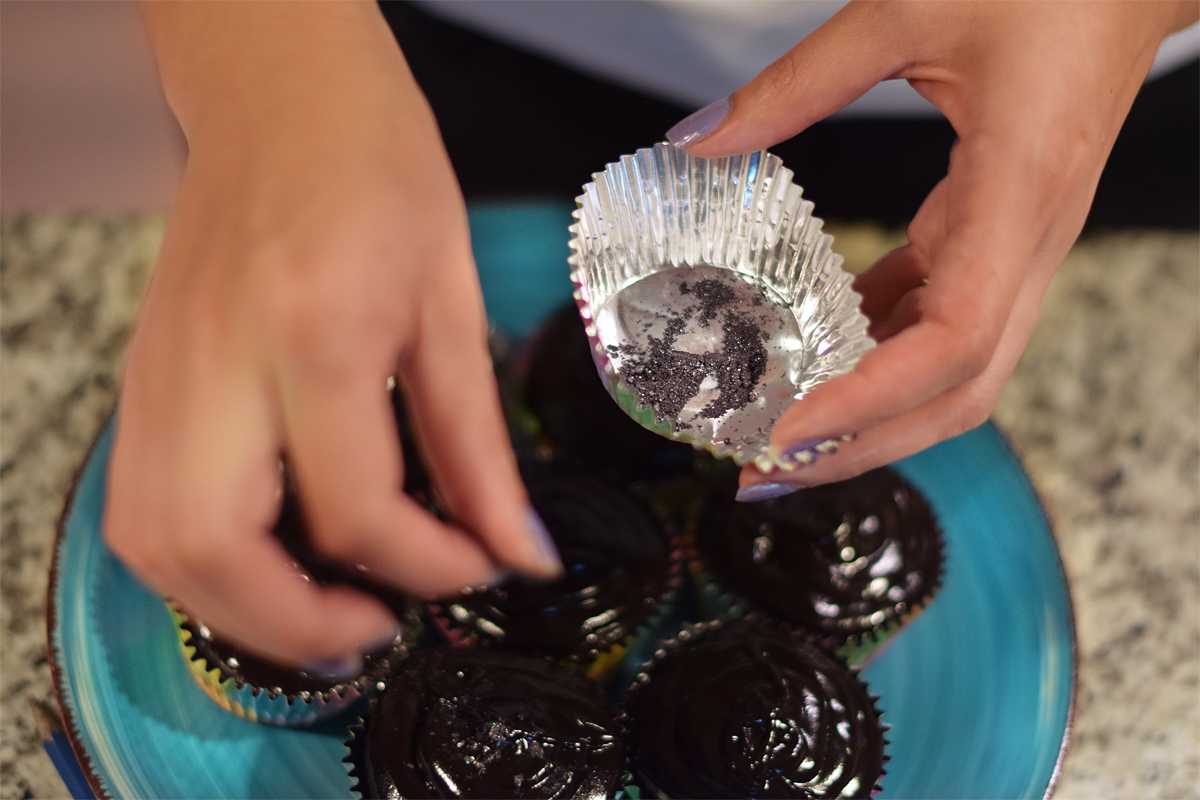 Bianca had the genius idea of getting BLACK edible glitter to decorate – we made sure to go slow here, so that the entire package of glitter didn’t end up on the cupcakes.

This is where the icing came in — we gently piped it on the surface of the cupcakes, like Magic Shell. All we did to make the icing was simply melt the ingredients on the stovetop, stirring carefully to prevent it from seizing. We piped it when it was still warm so that it hardened on the cupcakes. 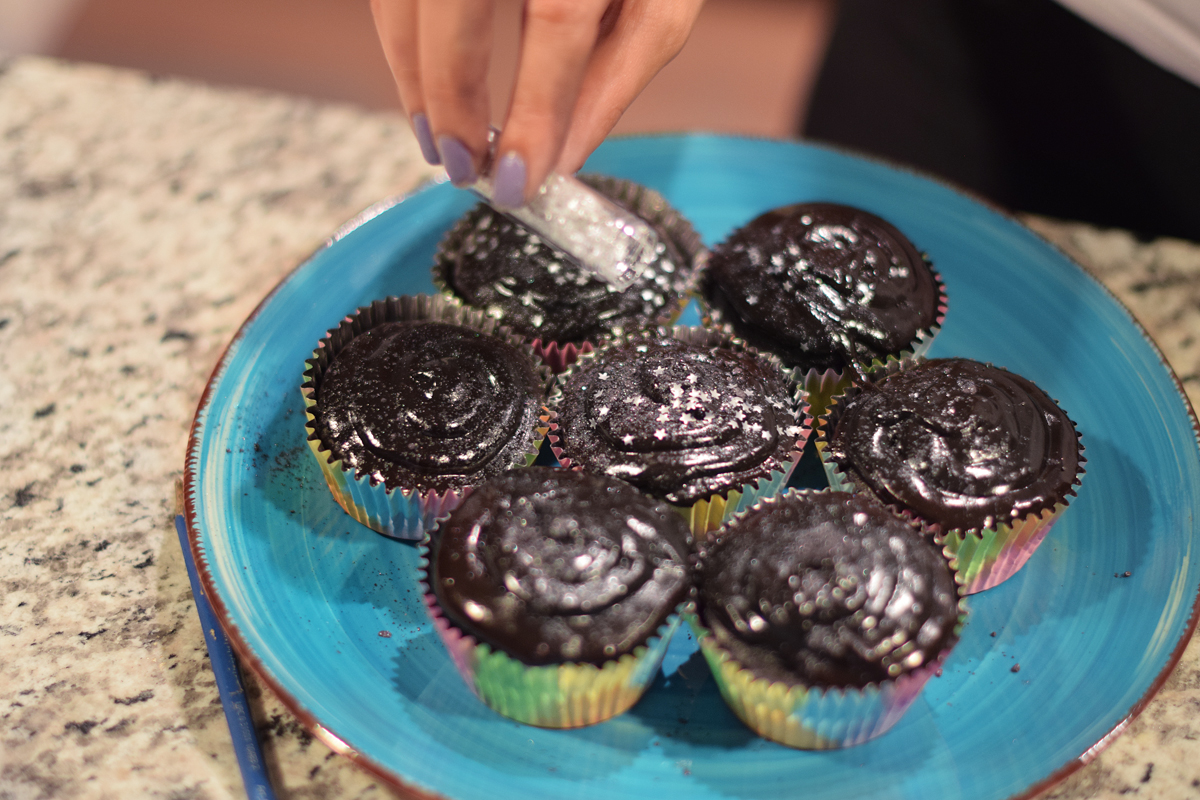 To finish off the galaxy-inspired look,we sprinkled on edible star-shaped glitter as well. Bright silvery white, to contrast against the ganache icing. 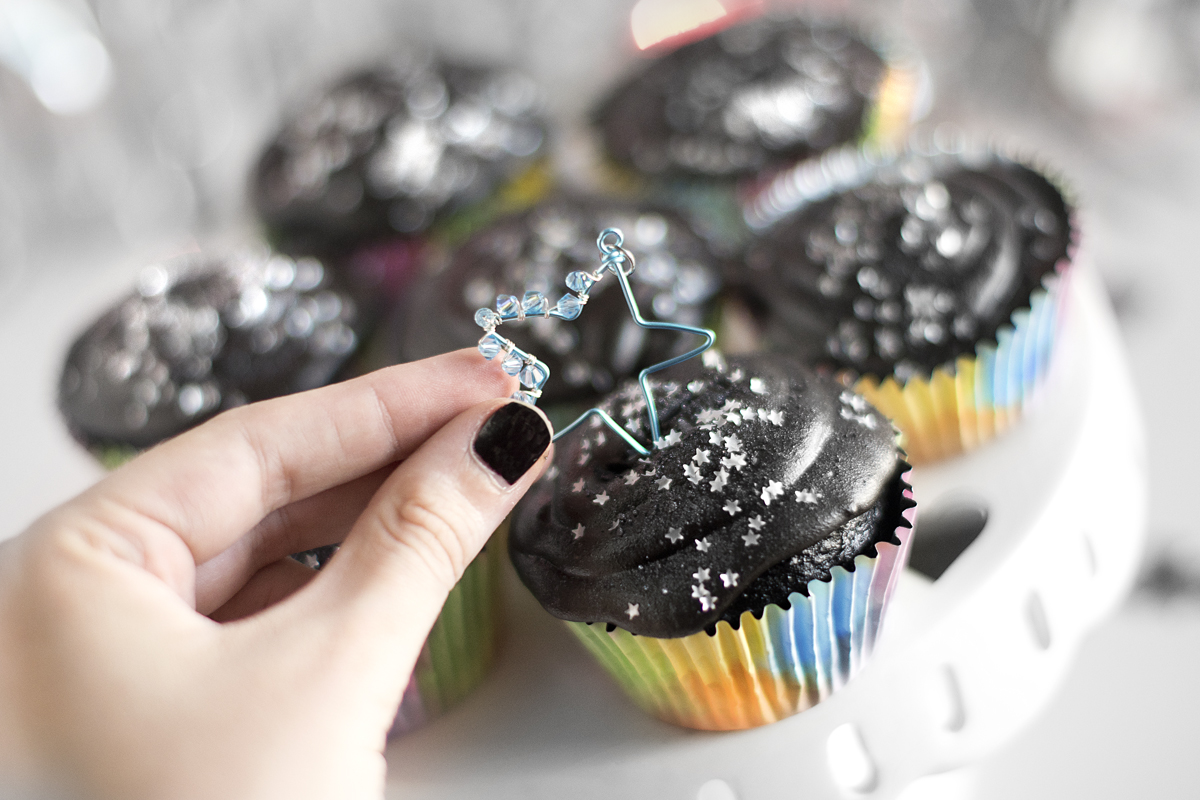 Now, as promised — the DIY for these cute cupcake toppers! 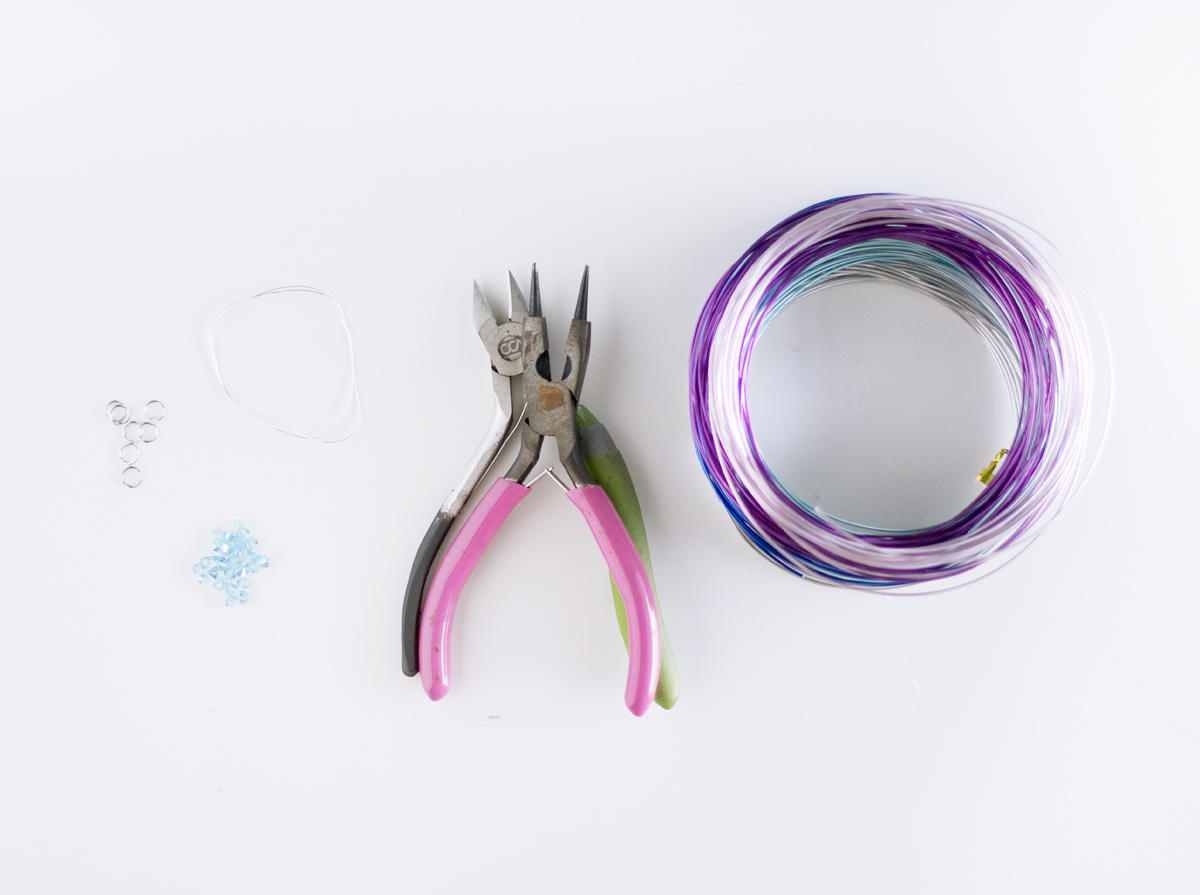 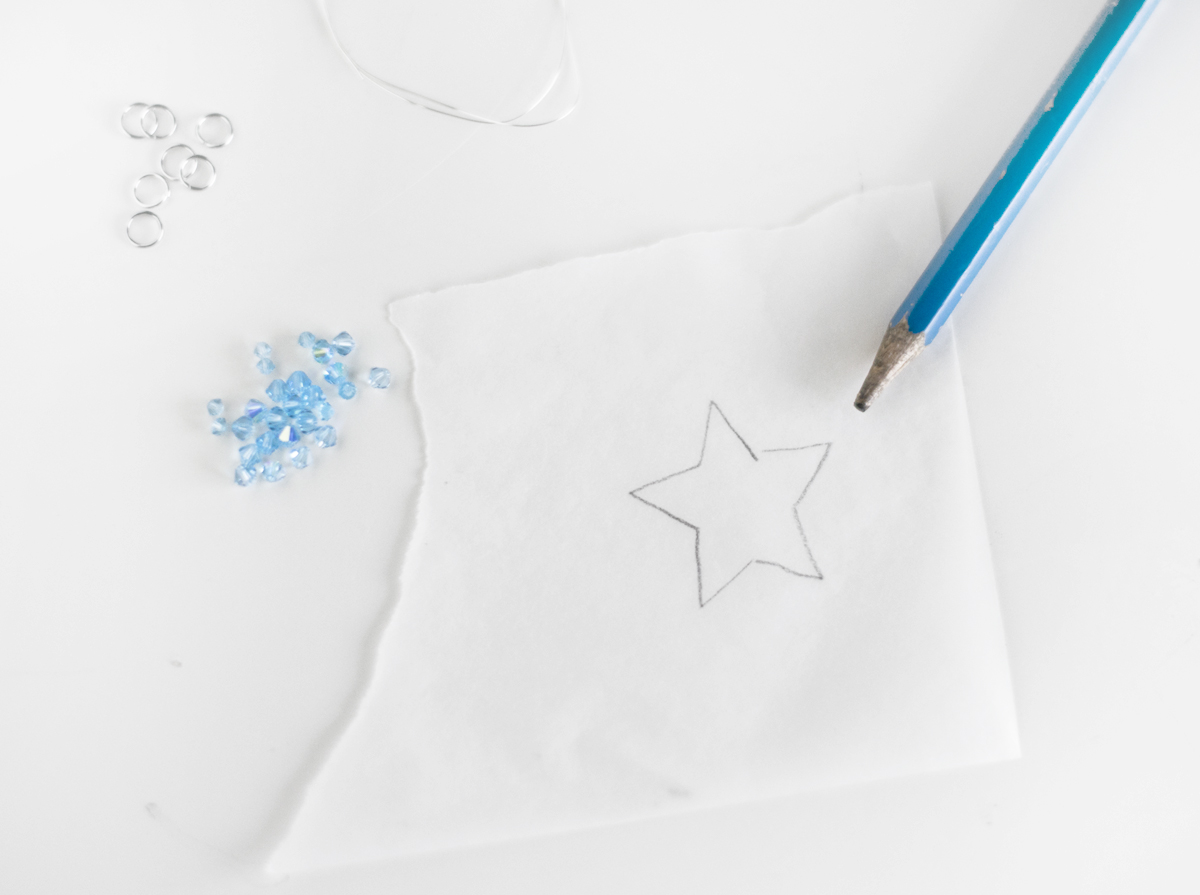 Simply draw any shape on tracing paper. I kept it simple for the tutorial, but try fancier things like unicorns (see here) or other magical creatures! 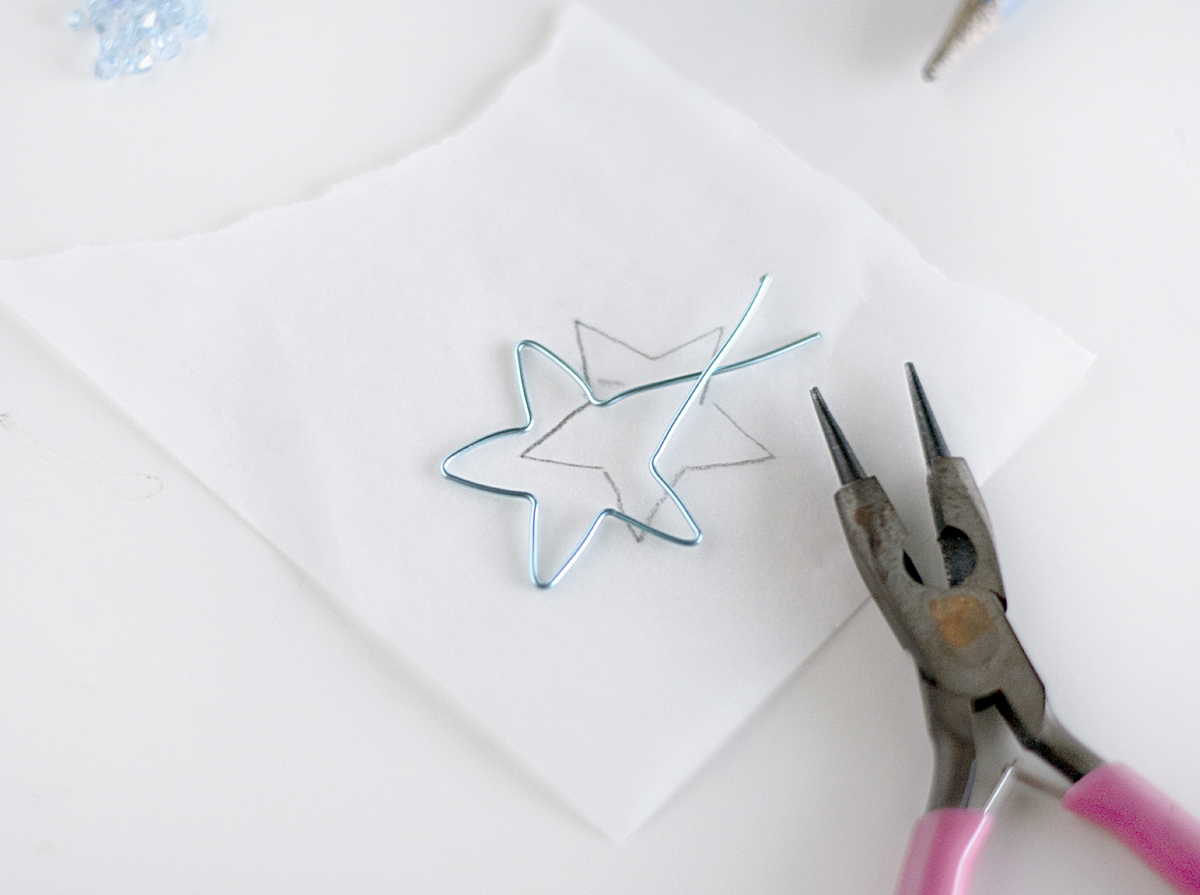 Cut a 6″ piece of 16g wire. Trace on top of your drawing, bending gently with the roundnose pliers. 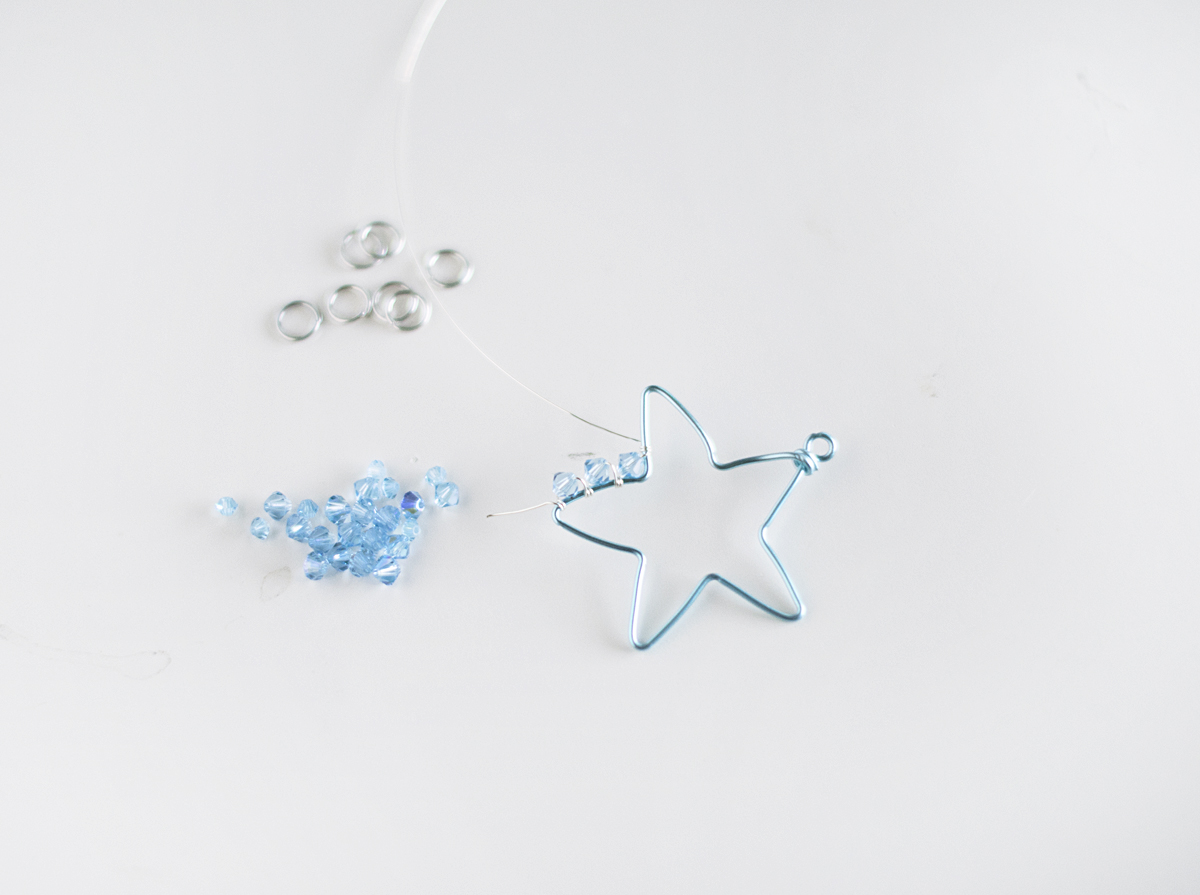 Finish the shape by looping the end, then wrapping the other end around this loop. Cut a 12″ piece of 28g wire. Wrap the wire around one side of the star, catching beads in the wraps and pulling tight. 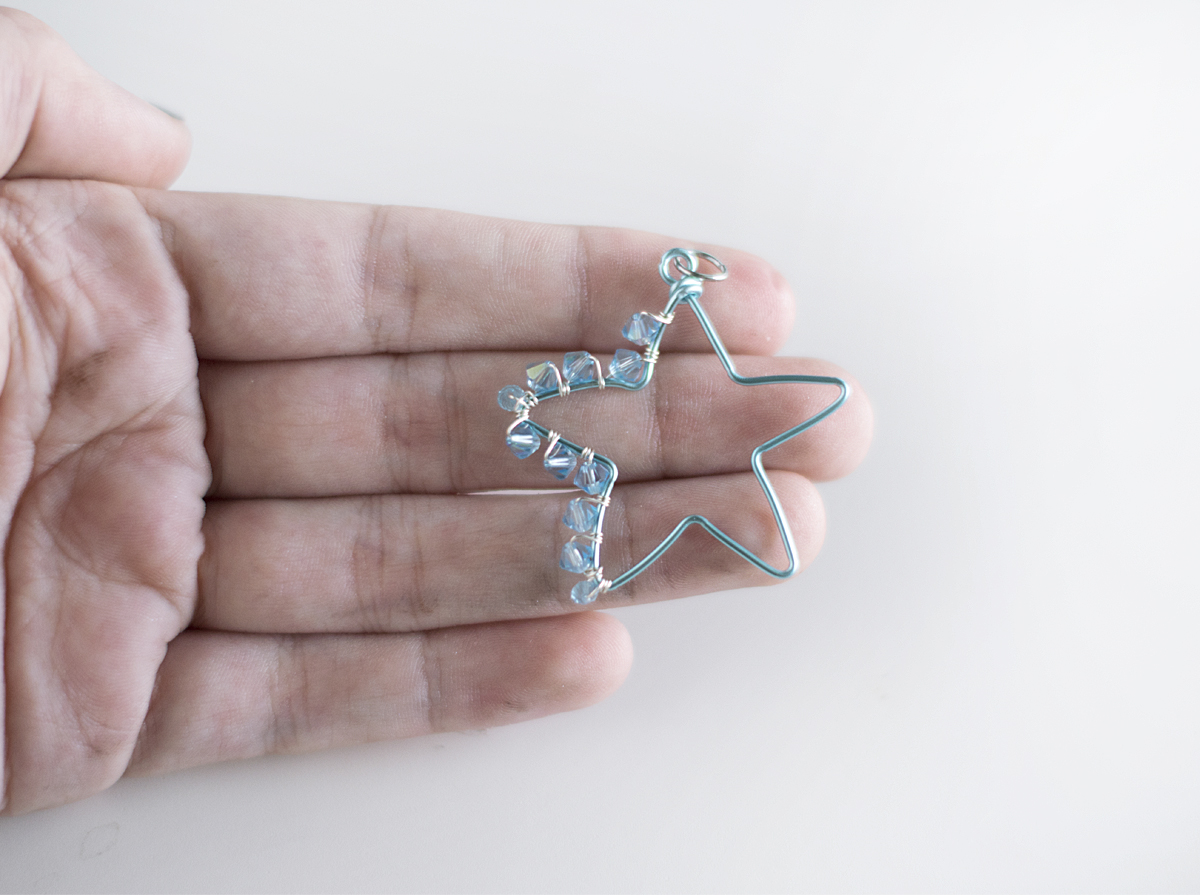 Attach a 6mm jumpring to the top loop – now, it becomes a cool pendant!

Stick in the cupcake – gently – and allow the crystal side to stick out. These 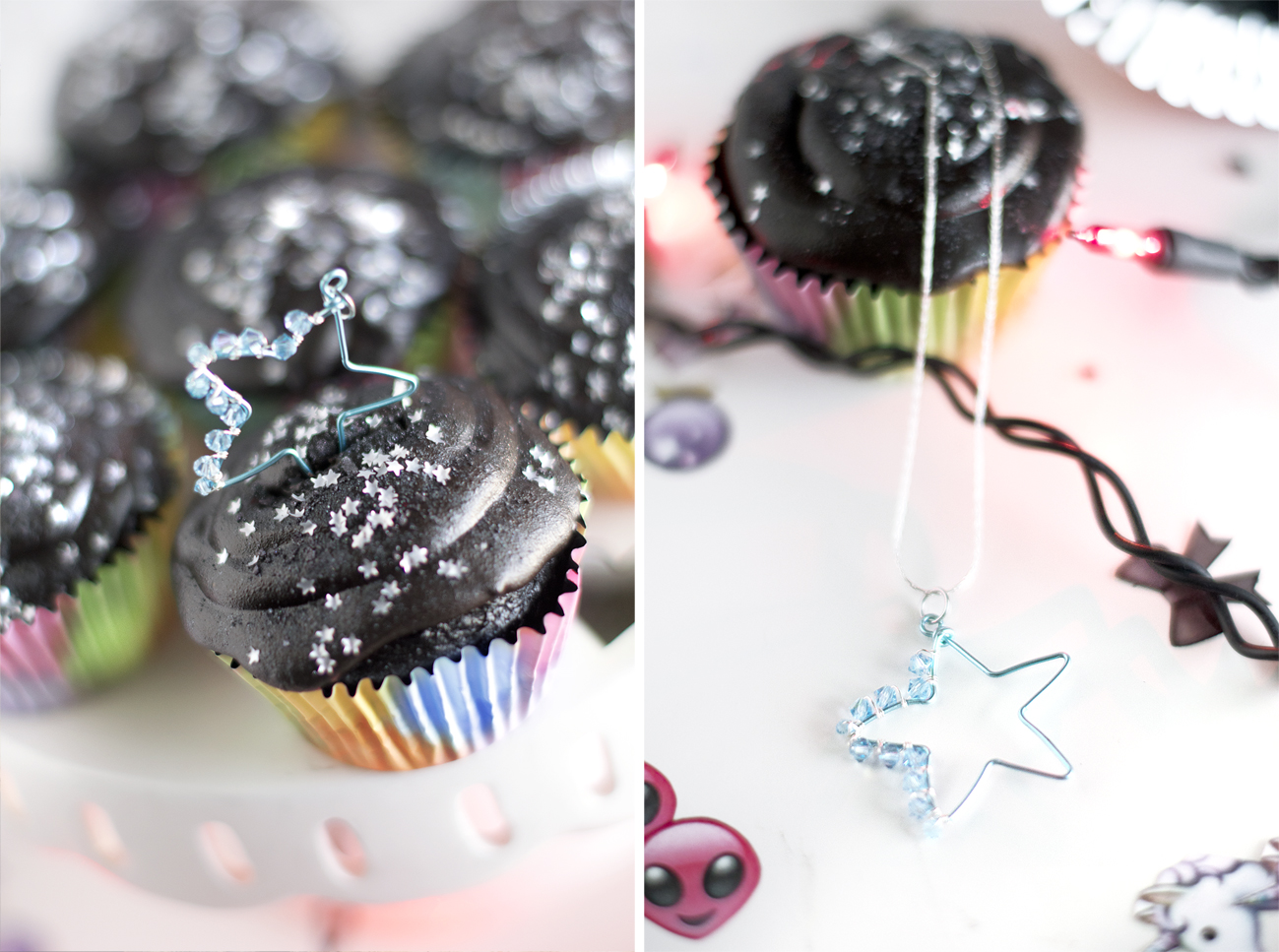 Take the piece out before snarfing down that cupcake — and add it to a dainty necklace chain for instant sparkle!! 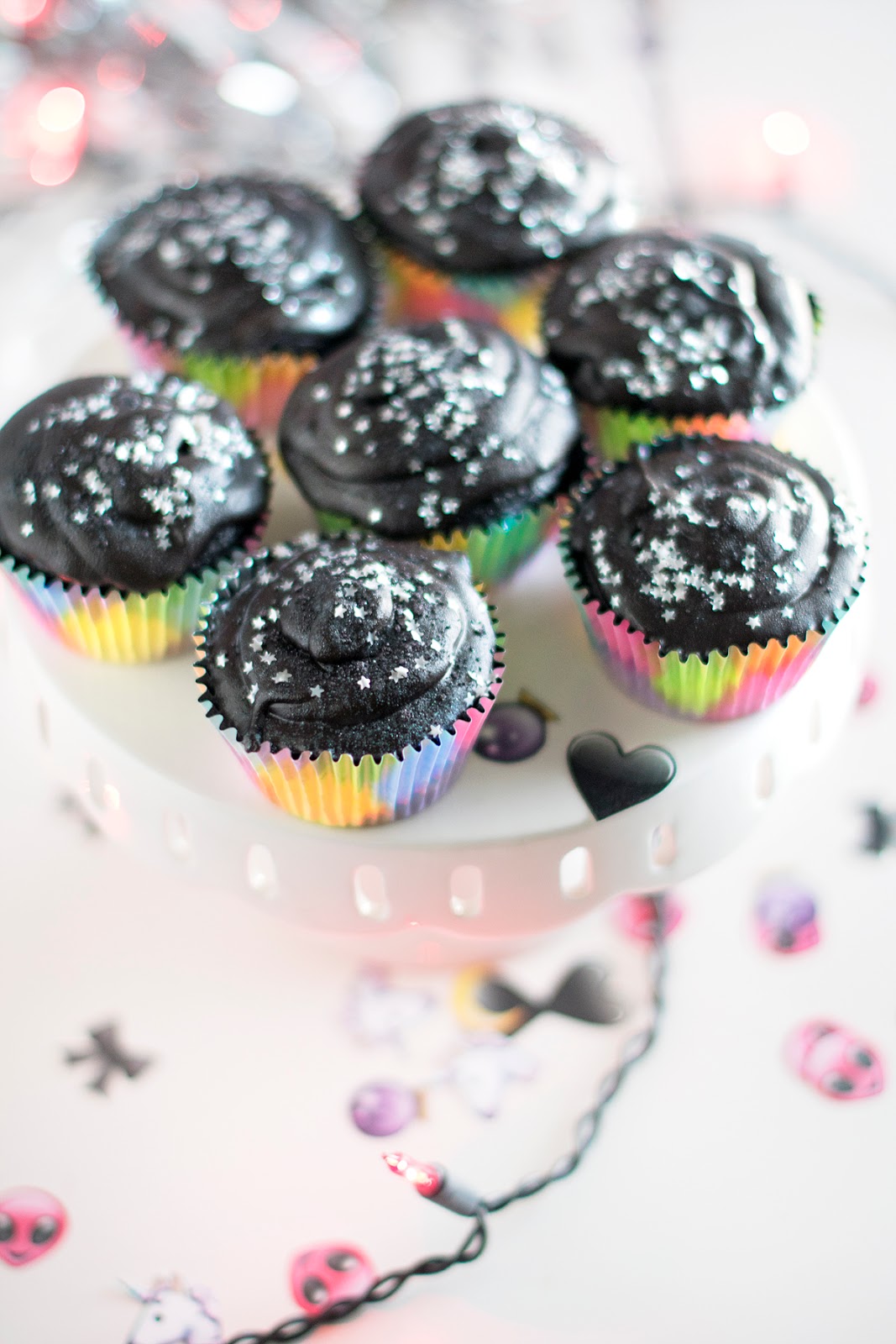 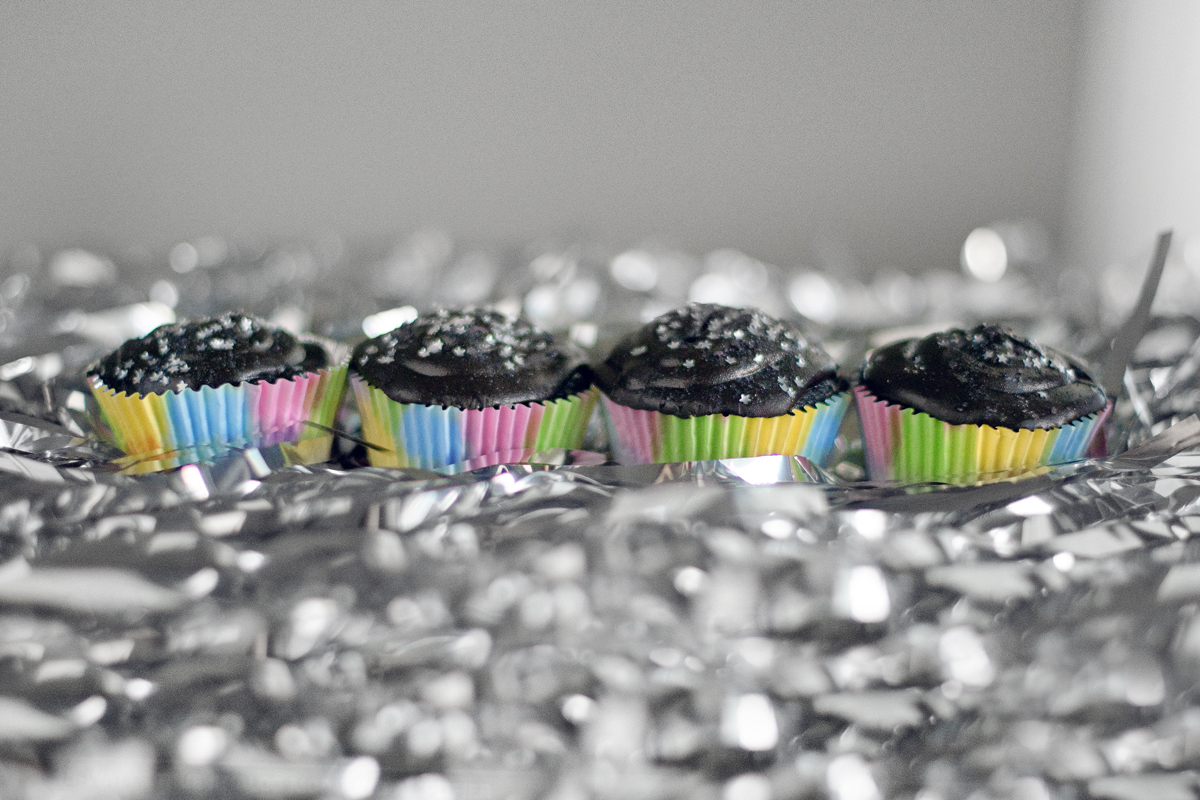 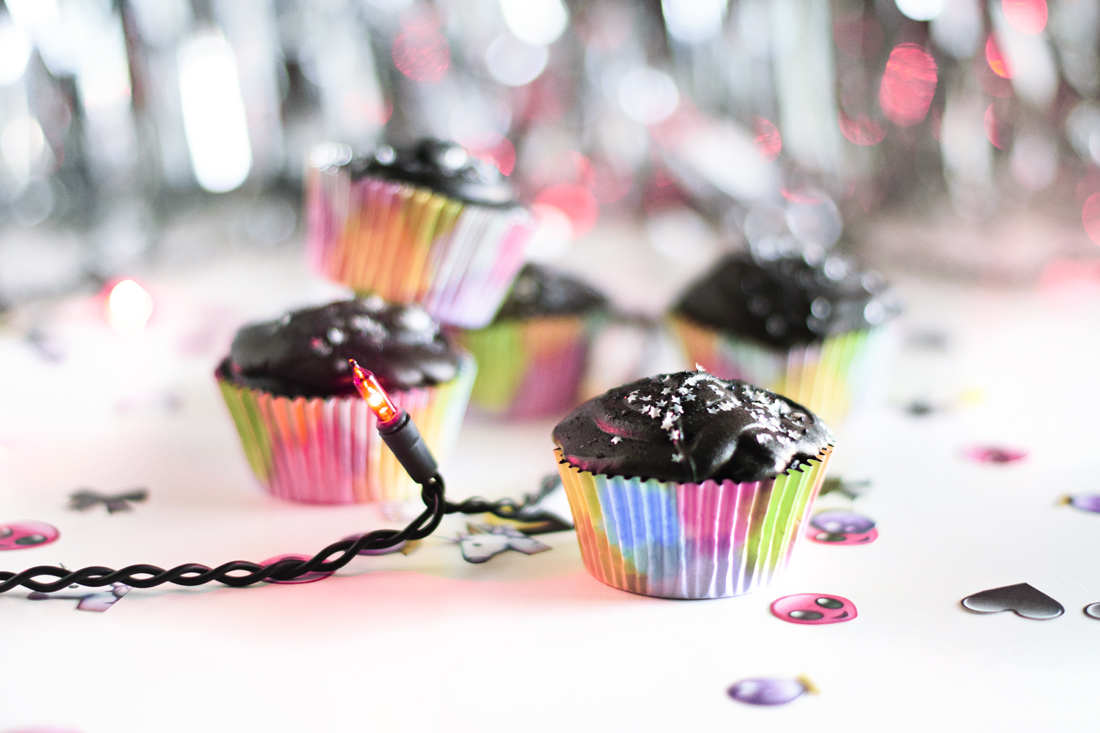 NOW, since you’ve been a good little reader and stuck with us all the way to the end, PREPARE TO BE REWARDED!!!

Shown below, Bianca’s crazy cool crystallized sneakers — these are amazeballs. All our ravers, EDM lovers, supa kool kids and more — head over to Bianca’s Facebook Page here to LIKE her page, and be entered for a chance to WIN these badboys!

To see what I’m giving away — head to my FACEBOOK PAGE here !! It’s a surprise!!

COPYRIGHT
Because I take all photos for my blog, the images within this post are all copyright Allison Beth Cooling for Quiet Lion Creations.
If you’d like permission to use a photo, email me at allison@quietlioncreations.com 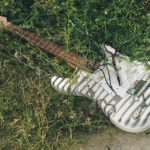 for those about to rock…. 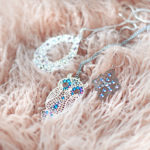 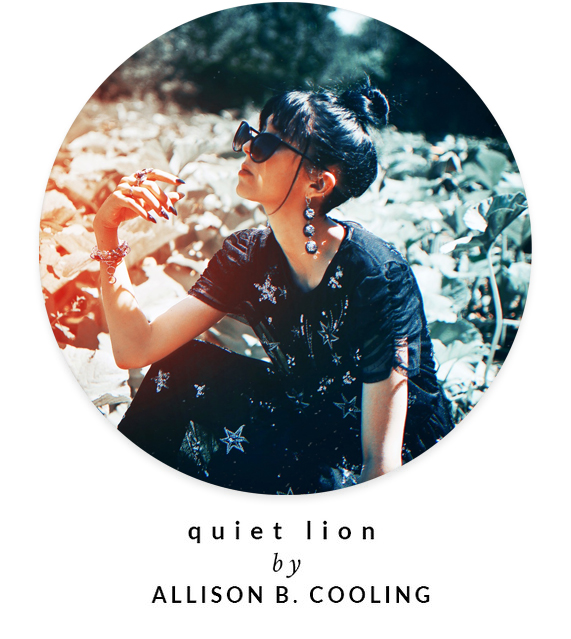 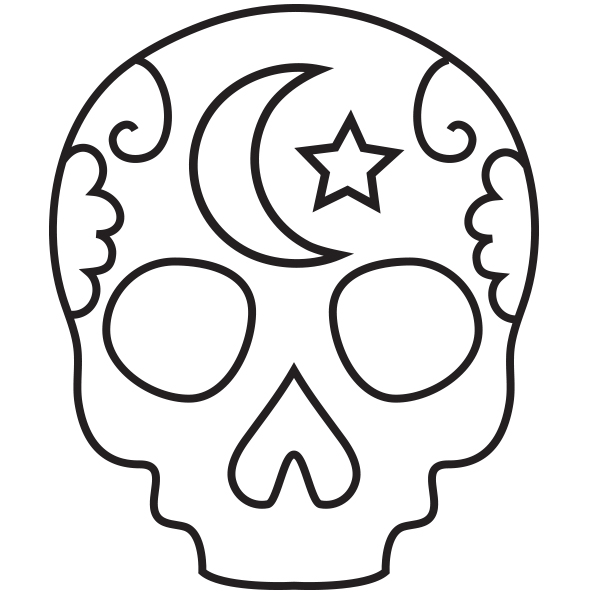 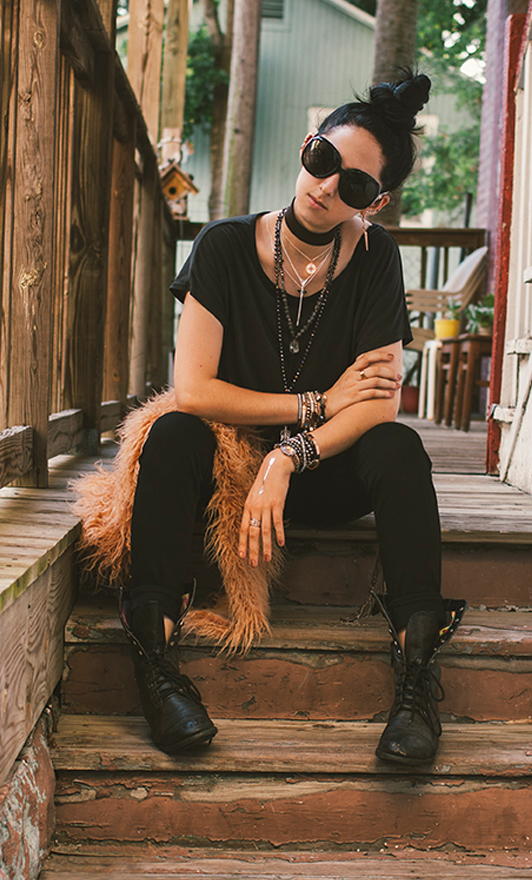